There are 4 stages to the UK education system. Students are assessed at the end of each stage:
The first significant assessment occurs at the end of Secondary level with GCSE exams (General Certificate of Secondary Education). Students are then able to progress to Sixth Form. On completion of their Sixth Form studies, most students can progress straight to University.

UK students usually begin a 2-year GCSE programme at age 14, with exams that test knowledge and skill. In secondary schools, GCSE courses are taken in a variety of subjects, which are usually decided by the students themselves in Year 9 (age 14). Typically, study of chosen subjects begins at the start of Year 10 (age 15), and final examinations are then taken at the end of Year 11 (age 16). The number of subjects a student studies at GCSE level can vary. Usually somewhere between eight and ten subjects are studied, though it is not uncommon for more, or fewer, subjects to be studied. Virtually all students take GCSEs in English, mathematics and science. In many subjects, there are two different 'tiers' of examination offered:

Receiving five or more A*–C grades, including English and Maths, is often a requirement for taking A-levels in the school sixth form, at a sixth form college or at a further education college after leaving secondary school. An A-level consists of six modules studied over two years. Normally, three modules are assessed at the end of the first year, and make up a stand-alone qualification called the "AS-level". Another three modules are assessed at the end of the second year, which make up the "A2". A2 modules do not form a qualification in their own right; the satisfactory completion of the AS and A2 modules in the same subject is required to constitute a complete A-level.
Modules are assessed by exam papers marked by national organisations and internally-assessed coursework. The number of A-level exams taken by students can vary. A typical route is to study four subjects at AS-level and then drop down to three at A2 level, although some students continue with their fourth subject. Three is usually the minimum number of A-levels required for university entrance, with some universities specifying the need for a fourth AS subject. 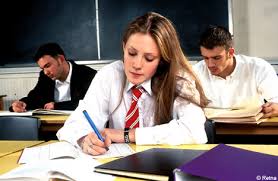 Because A-level students often apply to universities before they have taken their final exams, British universities consider predicted A-level results when deciding whether applicants should be offered places. The predictions are made by students' teachers and can be unreliable. Thus, the acceptance of a student onto a course will normally be conditional on him or her actually achieving a minimum set of grades (for example, conditional offer of three A-levels at grades B-B-C). Universities may specify which subjects they wish these grades to be in (for example, conditional offer of grades A-A-B with a grade A in Mathematics).

TOP OF THE PAGE 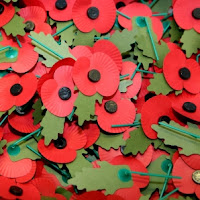 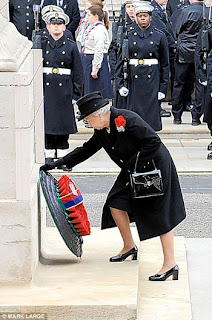 Poppy Day - Remembrance Day - is the day when the dead of two World Wars and other armed conflicts are remembered in the UK. The Armistice at the end of the First World War of 1914 - 1918 was signed on November 11th at precisely 11 am - the eleventh hour of the eleventh day of the eleventh month. For this reason, Remembrance Day is on the 11th of November each year although church services and many parades are held on the Sunday nearest that date - in 2010 this will be on 14th November.

Remembrance Day is also known as Poppy Day, because it is traditional to wear an artificial poppy. They are sold by the Royal British Legion, a charity dedicated to helping war veterans.
A poem called 'For the Fallen' is often read aloud during the ceremony; the most famous stanza of which reads:

TOP OF THE PAGE 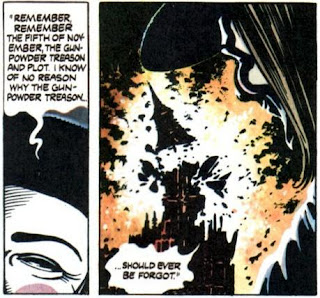 Over four hundred years ago, in man called Guy Fawkes and a group of plotters attempted to blow up the Houses of Parliament in London with barrels of gunpowder placed in the basement. They wanted to kill King James and the king’s leaders.

Why did Guy Fawkes want to kill King James 1st and the king’s leaders?
When Queen Elizabeth 1st took the throne of England she made some laws against the Roman Catholics. Guy Fawkes was one of a small group of Catholics who felt that the government was treating Roman Catholics unfairly. They hoped that King James 1st would change the laws, but he didn't.
Catholics had to practise their religion in secret. There were even fines for people who didn't attend the Protestant church on Sunday or on holy days. James lst passed more laws against the Catholics when he became king.
What happened - the Gungpowder Plot
A group of men led by Robert Catesby, plotted to kill King James and blow up the Houses of Parliament, the place where the laws that governed England were made. The plot was simple - the next time Parliament was opened by King James l, they would blow up everyone there with gunpowder. The men bought a house next door to the parliament building. The house had a cellar which went under the parliament building. They planned to put gunpowder under the house and blow up parliament and the king.

In celebration of his survival, King James ordered that the people of England should have a great bonfire on the night on 5th November. The event is still commemorated annually in England on 5th November by fireworks and burning ‘guys’ (effigies) on bonfires.

Here' a very popular nursery rhyme that refers to that event in history:


TOP OF THE PAGE